There are no reviews yet.

Be the first to review “S500 Replacement Cartridge” Cancel reply
Other Details
FAQs
What is a power surge/spike?

A power surge or power spike is a very short (fractions of a second), very high rise in voltage. The increase is too fast to trigger fuses or RCDs (residual current devices).

Surges are caused by lightning striking the electricity grid, electric motors starting up or shutting down, heavy equipment being switched and by (portable) generators during start up and shut down, especially when they run out of fuel.

Where you are on the electric grid also has an impact – a dense city grid has more controls; long distant country transmission lines (like single-earth return lines) are far more vulnerable to surges, brownouts, over-voltages and switching issues

What does a power surge do?

How do surge protectors work?

Surge protectors either absorb or re-direct the power surge to earth before it reaches the protected equipment. If the surge is higher than the surge protector’s rating, it will sacrifice itself protecting the circuit. They contain near-instantly acting solid state components.

How long does a surge protector last?

Repeated exposure to surges will eventually “wear out” the protecting components as they can only absorb so much energy over their life. Internal fuses will disconnect the surge protection components when they can no long provide adequate protection. This is indicated when the orange light on the tester comes on, warning you to replace the protecting unit.

Why can’t I use a surge protected power board instead?

There are no surge protected 15A power boards and definitely no weatherproof ones. Use of un-approved (e.g. incorrectly used, installed or illegally modified equipment) is not just dangerous, it also lets insurance companies wiggle out of payment in case of a claim.

What does the Ampfibian Surge Protector’s outlet tester do?

It checks the supply power point has been wired correctly and indicates if it is safe to use or not. If the red light comes on, don’t plug anything else into that outlet (and do the right thing and let somebody know so it can be fixed). 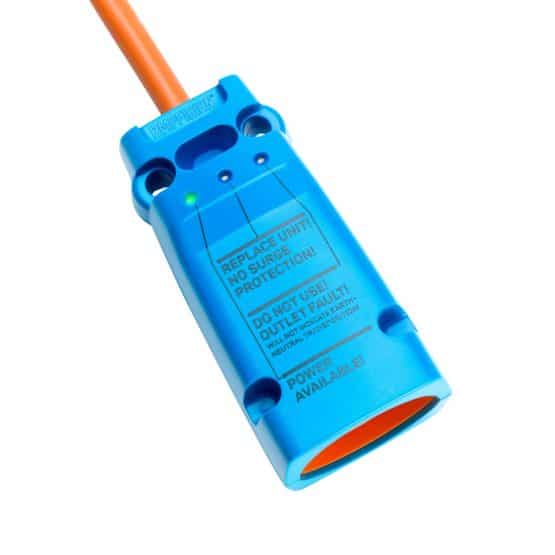 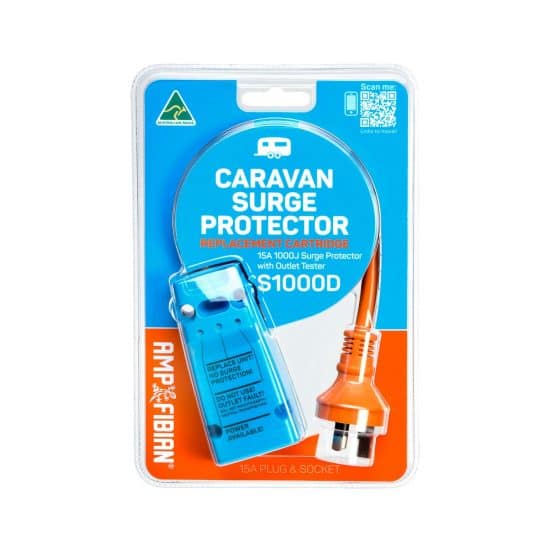 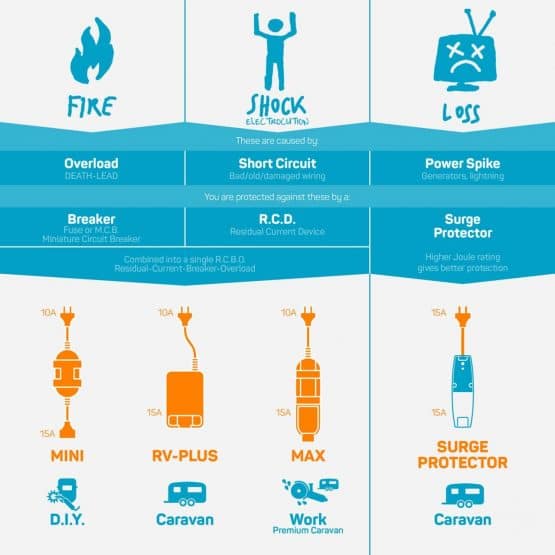 Buy direct from Ampfibian online or visit one of our nationwide retailers.
Buy Online 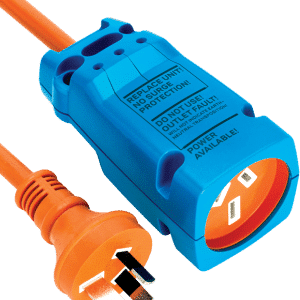 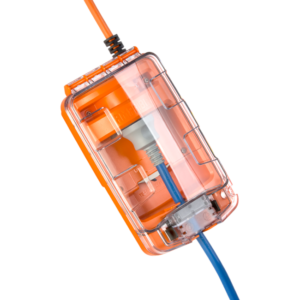 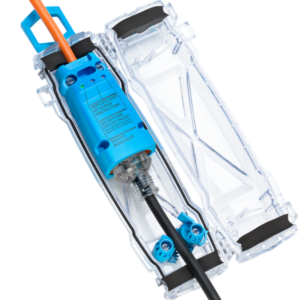